The Domaine Vayssette is the result of three generations

Florentin and Andrée, the grandparents, settled in 1930 on a 7 hectare property.

Jacques, their son, who works alongside them, meets Maryse, 'the girl with the hat', whom he marries, and she comes to assist him. They produced the first bottles of sweet white wine in 1982. From then on, they built the winery with their own hands, which was inaugurated in 1985.

They had two children, including Patrice who, after studying wine, joined them in 1995, bringing a new breath of inspiration to the estate.

Finally, in 2006, Nathalie, his wife, joined the trio, bringing the knowledge she had acquired through her studies in sommellerie. 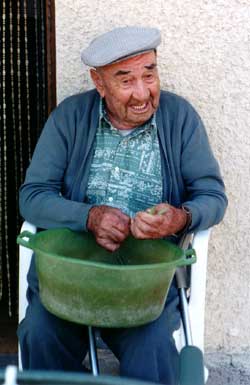